I’m somewhat ambivalent about liver. Now, liver in things is great – the addition of chicken livers to Spaghetti Bolognese, for example, is delicious, and I do love a good pâté. It’s eating it on its own that I’m less enamoured of. There are a few times when I’ve had liver and it’s been absolutely delicious, there are a few more times where it’s been pretty near inedible, but most times, it’s just disappointing. After the first few bites, the livery flavour starts to come to the fore, the slightly grainy texture dominates, and the whole thing becomes just a bit too much. So, there’s a calves’ liver recipe in the book: Fegato alla Veneziana. I have to make it, I suppose I ought to get it out of the way. 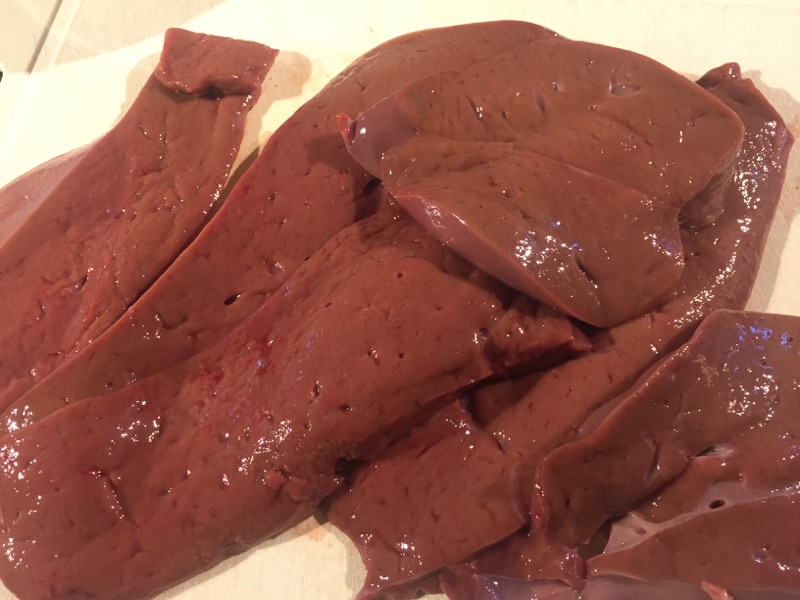 I then take each thin slice and cut it into small squares. 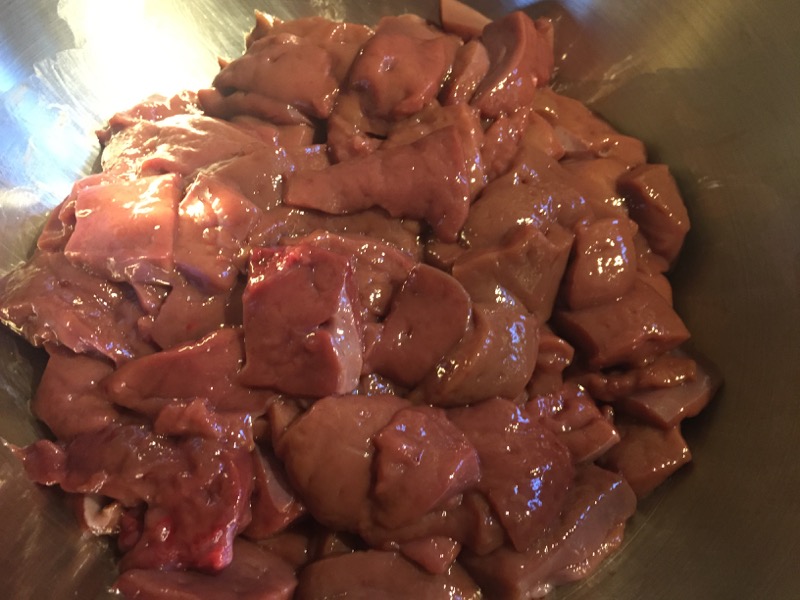 Fegato alla Veneziana is, of course, just posh “Liver and Onions”, so I slowly fry some sliced onions until soft, but not too browned. 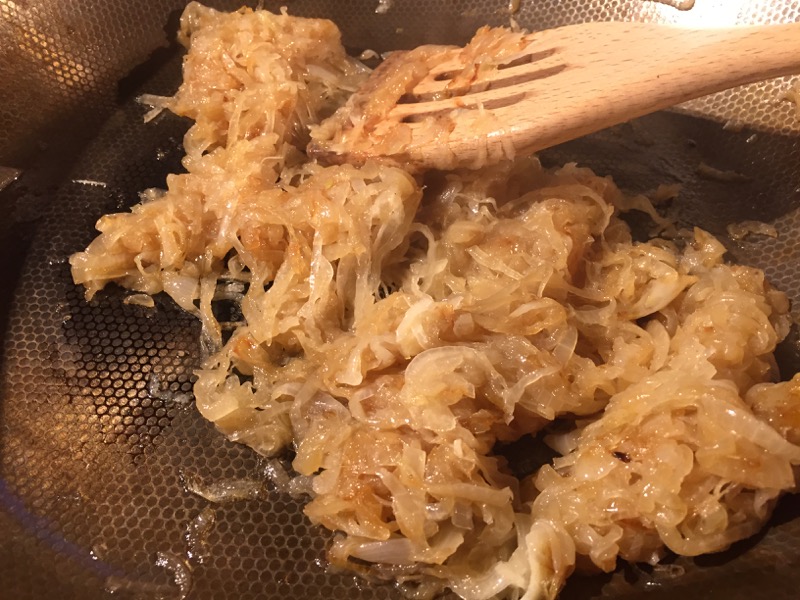 Then, I melt some butter in a frying pan until it foams, season the liver, and toss it in the pan. Now, the recipe here says to cook it for 20 seconds – that’s clearly not enough – my liver still looks raw. I give it a bit longer. After about a minute or so, it’s not looking too bad. I sample a piece – it’s cooked through, but only just, and very soft and tender. It actually doesn’t taste too bad. 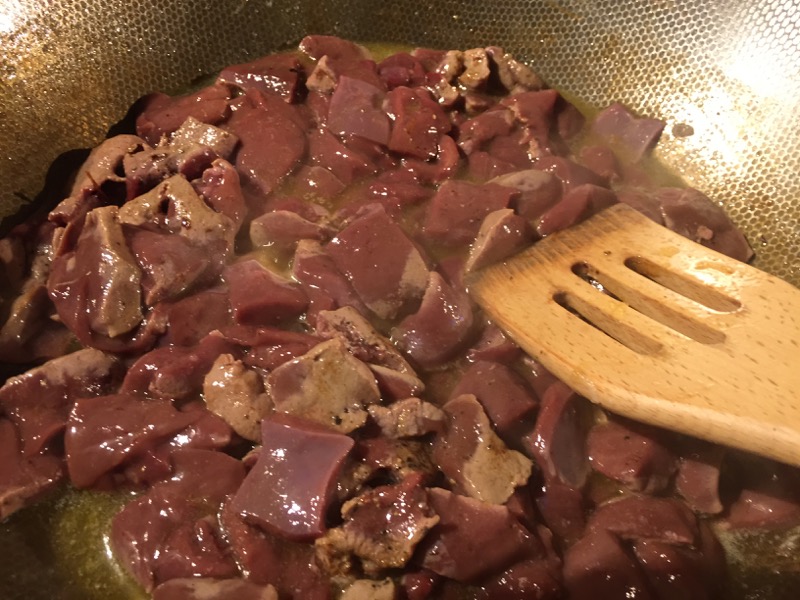 Right, quickly onwards. I strain the liver in a colander, return the onions to the pan and quickly brown them. Then return the liver to the pan, add chopped parsley and red wine vinegar, stir through, and we’re done. 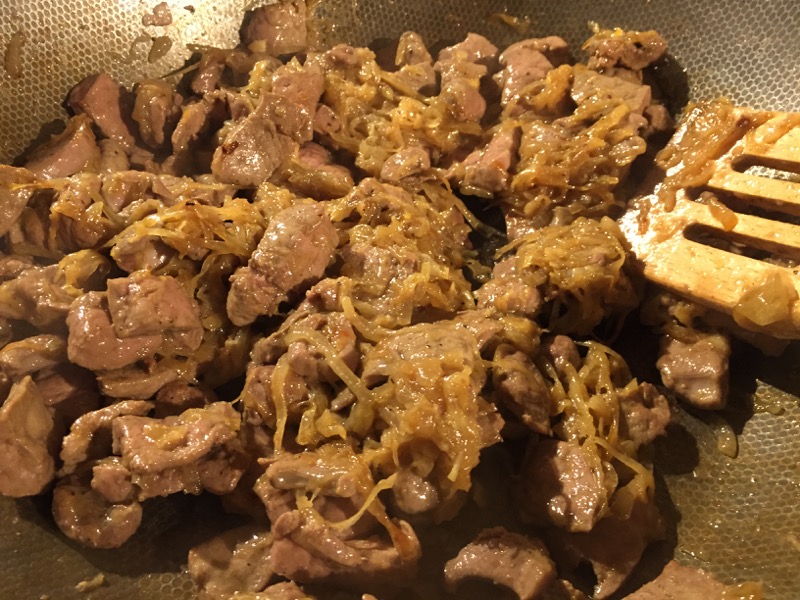 I served it with mashed potato and peas. 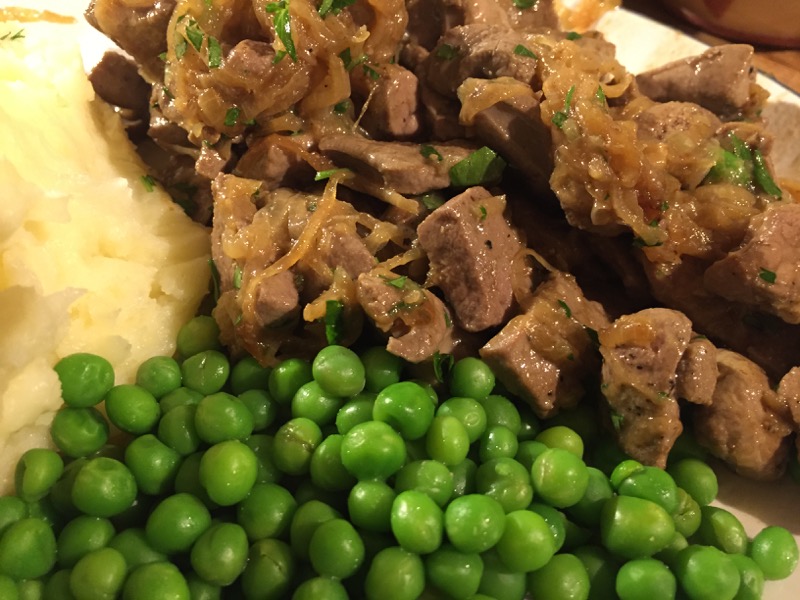 With my first bite, I thought, “Hmm, this is quite nice”. The liver was soft, tender and well flavoured. The second and third bites were pretty good too. By the fourth bite, the liveriness was starting to build. The fifth and sixth pieces were starting to get a bit too livery. By the seventh or so, it was too much. I was starting to reach liver overload. It was no good, I’d had enough. I couldn’t finish it.

The mashed potatoes were good.

I do quite like a little liver now and then. Or so I thought.

However, this liver and onions dish was not to my liking. It was just a weird texture I thought. Dave said the sliced and diced liver was only tossed in the hot wok for a minute. And I think it felt like that inside. I might have been still possible to rinse the sauce and onions off and use it in a transplant!

And there was tons of it. I made a game effort. Soldiered on. Ate about half (couldn’t have done that without the aid of fluffy mashed potato and peas). But I gave up. Dave ate less of it than me.

I just wanted it to be cooked longer and to have a more salty/savoury flavour. For some reason this had a sweetness to it that I didn’t like.

Sorry Dave. This one was not your finest hour. But I don’t think it would have been different whoever had cooked it.