It’s shocking, I know, but I don’t think I’ve ever had minestrone that didn’t come out of a can. I’ve certainly never made one. I have looked at this recipe many times, but there’s always been one ingredient or another that I didn’t have to hand and so I just moved on. Well today’s the day. I’ve made sure I’ve got all the ingredients ready; today I make minestrone.

The Prawn Cocktail Years recipe is a bit of a cheat really, as it just quotes verbatim, Elizabeth David’s recipe from her Italian Food book. Oh well, at least they gave her proper credit.

The night before, I put some haricot beans to soak. 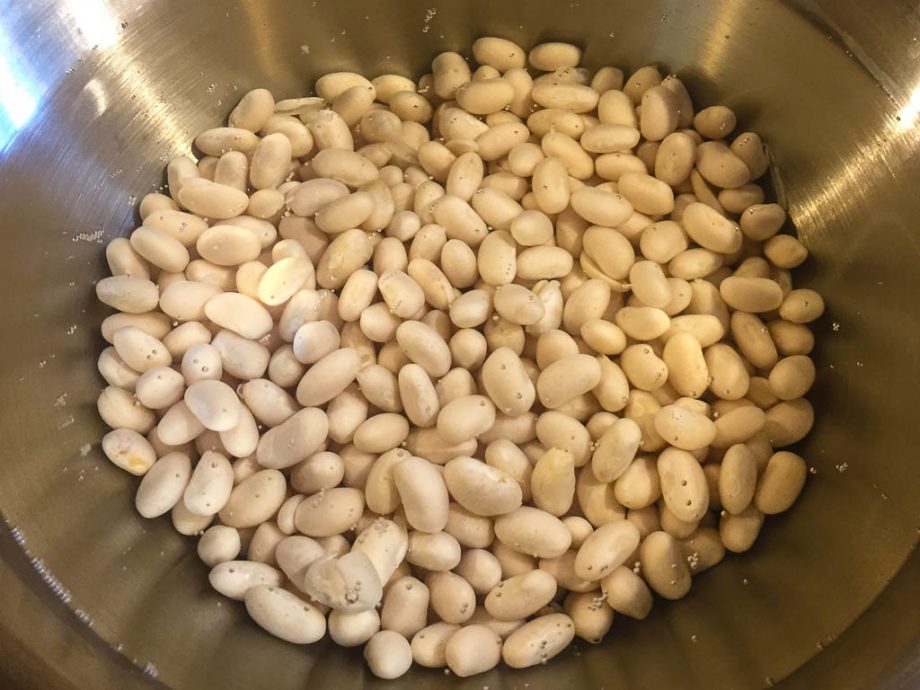 The next day, most of the work is in chopping a variety of vegetables. There’s tomatoes, carrots, turnip, potatoes, celery, onions, cabbage and garlic, along with a couple of rashers of bacon. 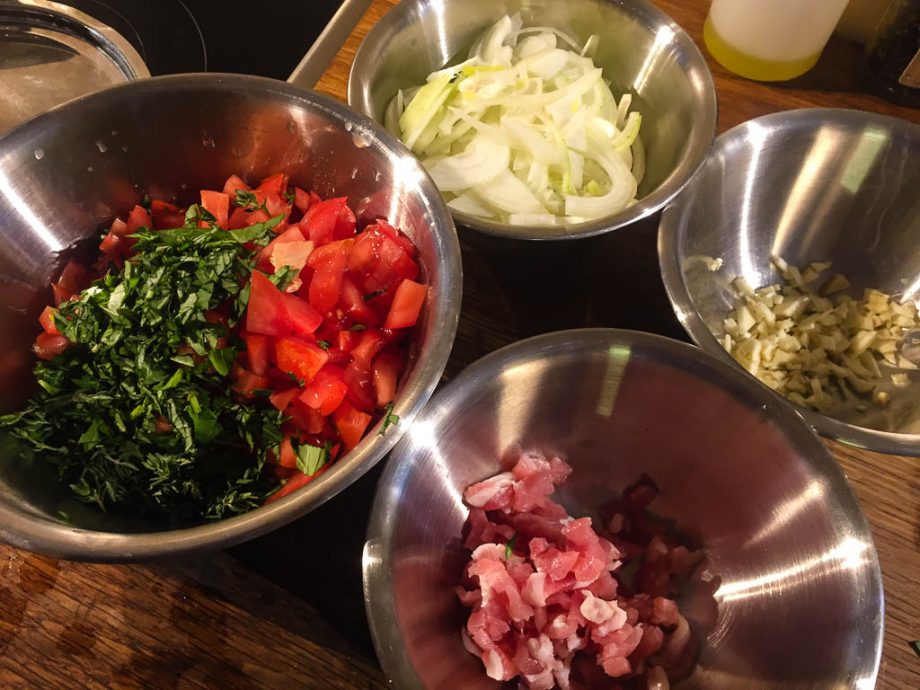 So, the first batch starts with the onions. Once they are softened, I add the garlic, bacon, some herbs and the tomatoes. Here, I have a confession to make. The recipe calls for ‘4 tomatoes, peeled and chopped’. I start to peel my tomatoes, honestly I really do. I try the whole ‘cut a cross in the bottom and plunge them into boiling water’ thing, but will that skin come off? It won’t. I detest peeling tomatoes at the best of times, and this is proving a particularly stubborn batch. I’m already running a little behind schedule for dinner, so I make a decision. Life is simply too short to peel any more tomatoes. I chop them with their skins on. 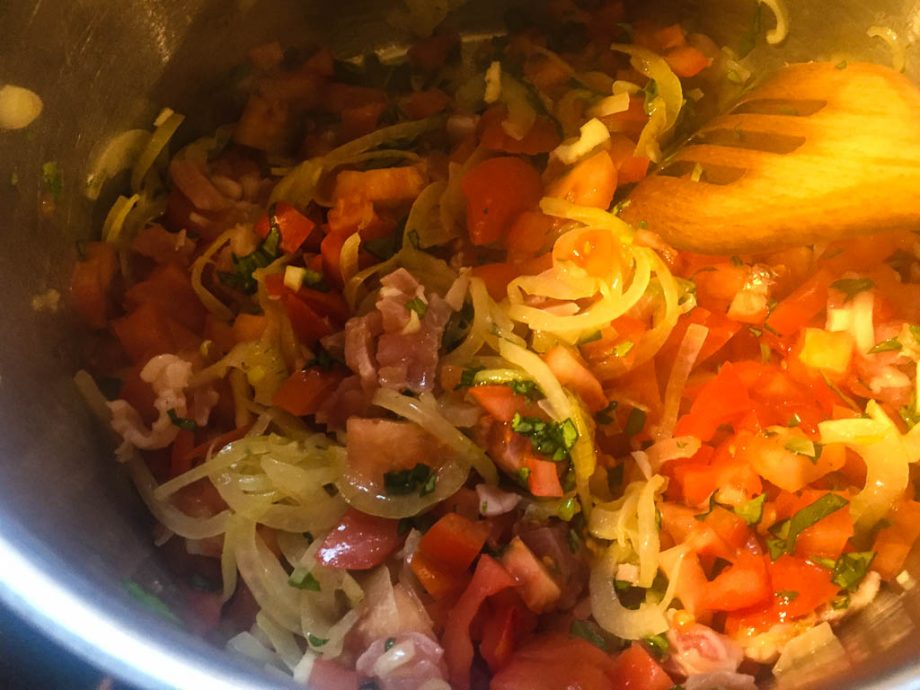 I add some red wine, let it bubble a little, and then add the drained haricot beans. I add some hot water and then let it boil for two hours. It doesn’t say whether to cover the pot or not, but I figure that if I don’t, there’ll be no liquid left after two hours. I put the lid on. 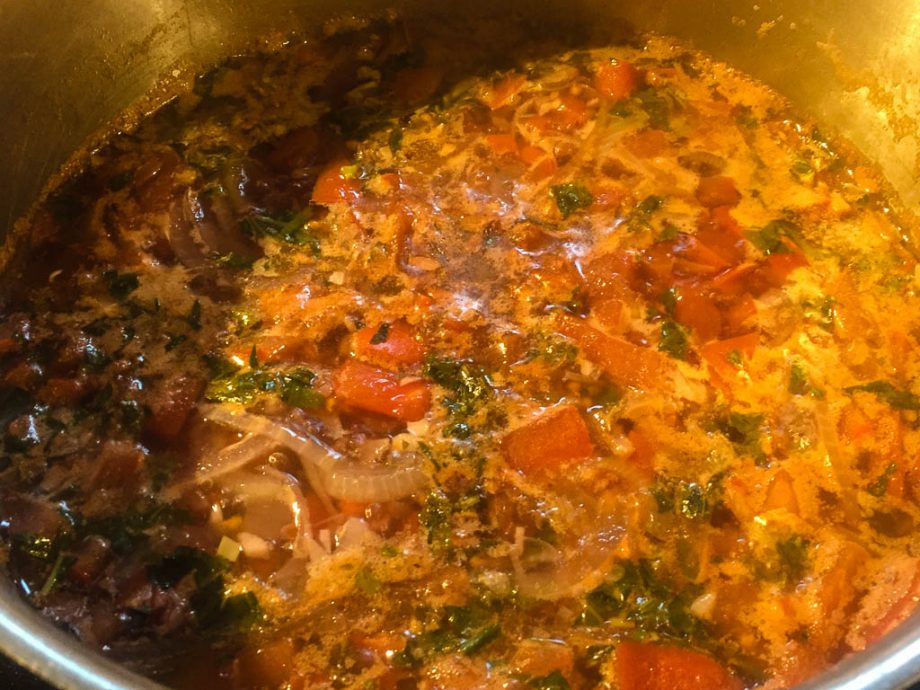 Next, the second batch of vegetables. 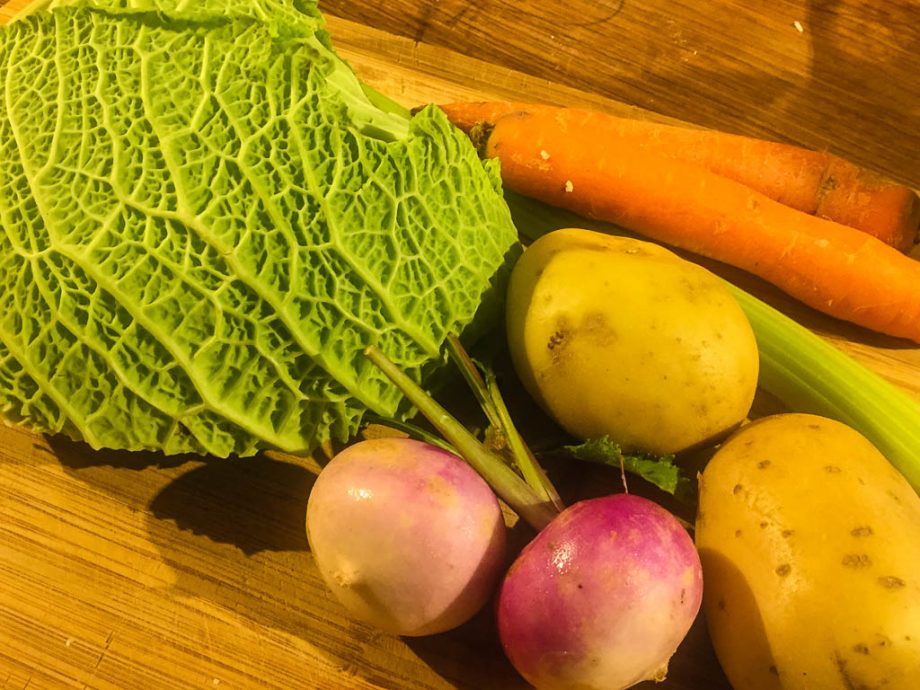 First, the carrots go in, and a fifteen minutes later the turnip and potatoes. 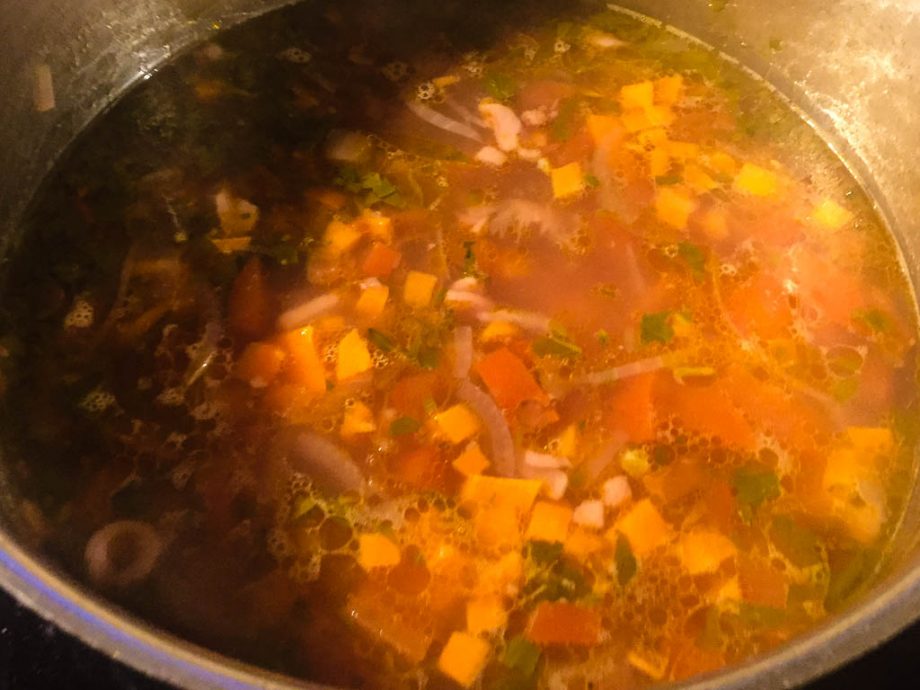 Once they’re cooked, I add the celery, sliced cabbage and pasta. 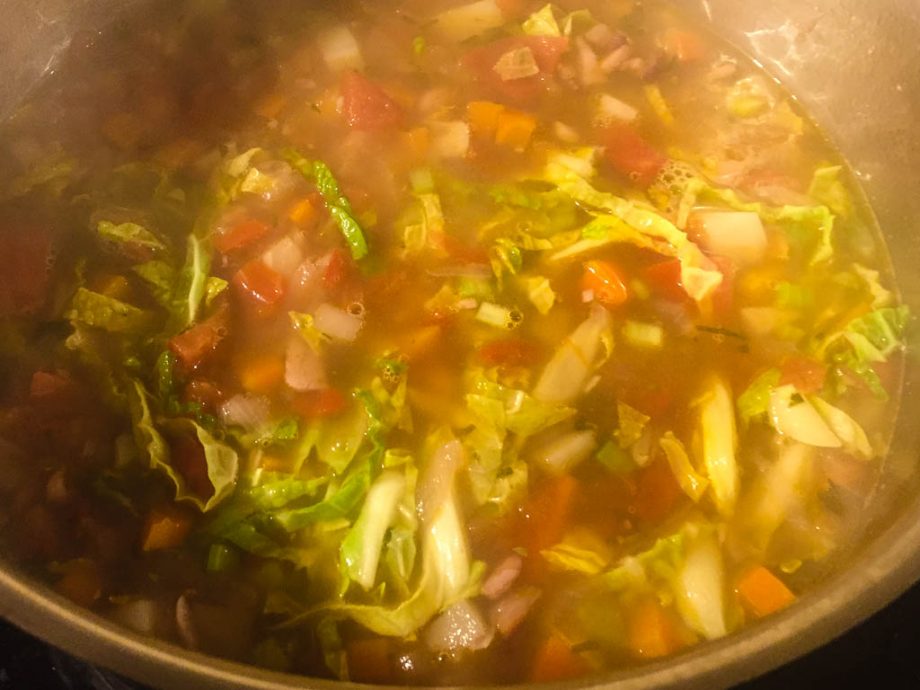 Ten minutes later, we’re ready. I check the seasoning, stir in a little parmesan and serve with more parmesan on the side. 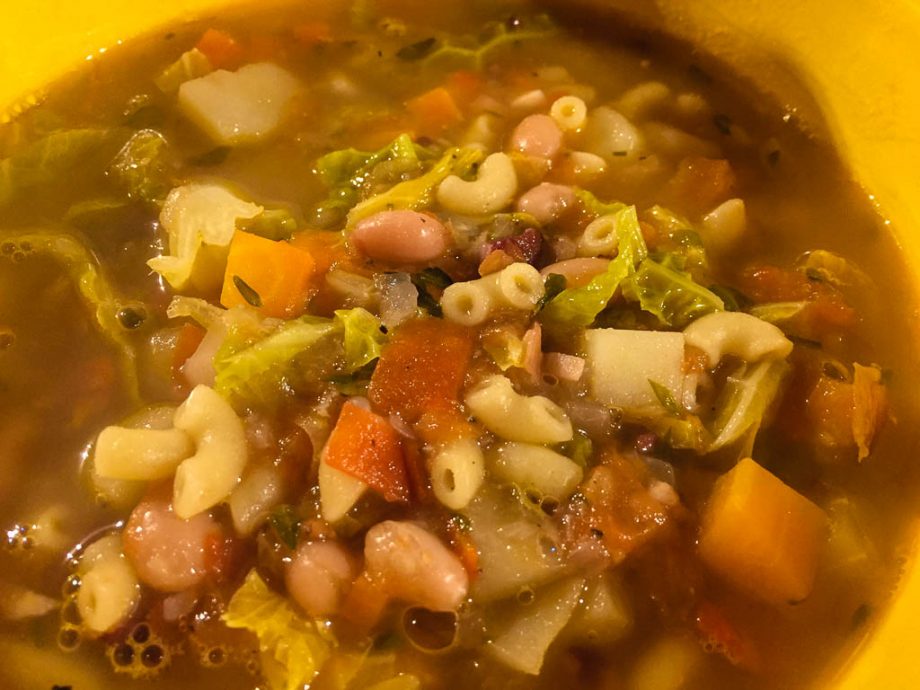 And it’s a really nice soup. Good flavour, and heartier than I was expecting. And you know what? Did my failure to peel my tomatoes make this a bad soup? No it didn’t. Did I even notice any tomato skin? No I didn’t. That’s the last time I try to peel a tomato just because the recipe tells me to.

I’ll definitely make this one again, although next time, I won’t fret about having just the right set of vegetables available – it clearly needs just what is good and in season at the time you make it.

I have to say that when Dave said we were having soup for dinner I wasn’t that keen. I was hungry!

I’m not that familiar with minestrone soup actually. So when it came I was pleasantly surprised at how substantial it is. Really chock-full of vegetables and some tiny pasta tubes. It was very satisfying. A proper winter hearty soup. The sort of thing it would be great to come home too after a 10 mile hike in the cold. I enjoyed it. It wasn’t filled with umami, but it was tasty in a more chilled out fashion. Old fashioned tasty rather than the rather hyped up flavour we encounter a lot these days.

Dave choose to serve it with a focaccia which he made. He was moaning about it not being right, but I thought it was great. Roasted garlic cloves studded into the bread and then loads of garlic butter soaked into it. All in all 1 and a 1/2 bulbs of garlic went into that so I’m not going to loose sleep worrying about vampires tonight.

Everyone should make a good soup. They are all round good meals.

One Response to Minestrone