There are two recipes in The Prawn Cocktail Years for cod with sauce, Cod with Anchovy and Egg Sauce, and Cod with Parsley Sauce. Not being a big fish person, I’ve never made either of these, but now it’s time to try. Today, anchovy and egg.

It all starts off with heating some milk with the usual additions – onion, cloves, thyme, bay, nutmeg, salt and pepper – and then leaving it to infuse for a little while. 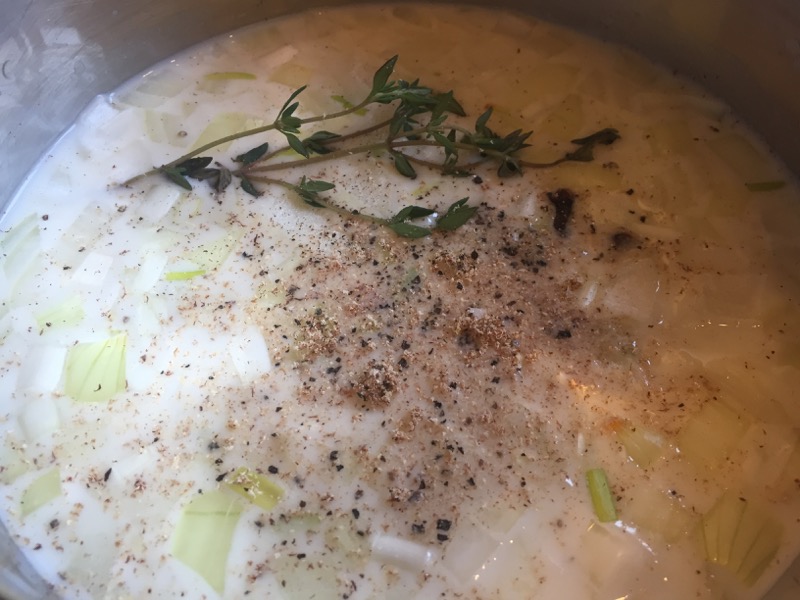 Whilst that’s infusing, I prepare the egg. The recipe calls for grated hard boiled eggs. I’m not sure I’ve ever grated an egg before, but it works suprisingly well, turning into thin strands of white and tiny nuggets of golden yolk. 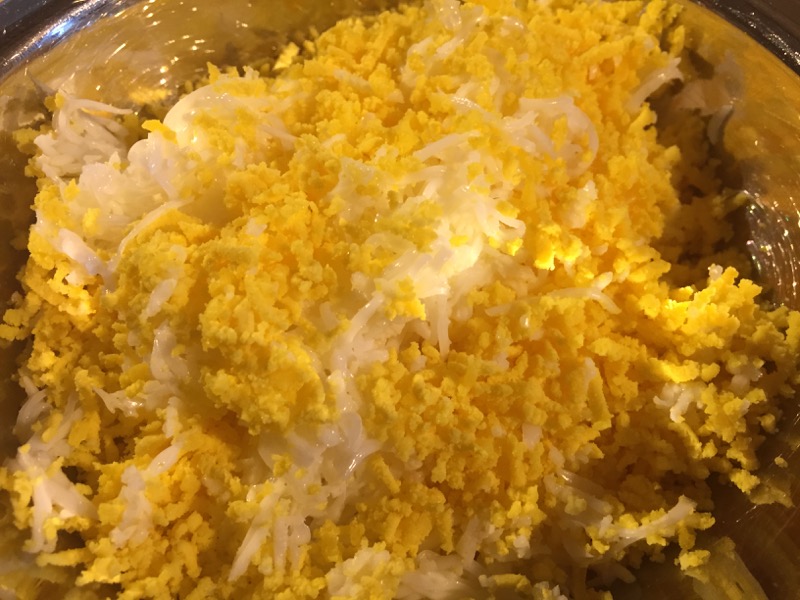 Then, make a roux and strain the milk into this, stirring continuously until I have a sauce. I simmer the sauce for a little while, and then stir in some cream, anchovy essence, chopped anchovy fillets, the grated egg and some chopped parsley. 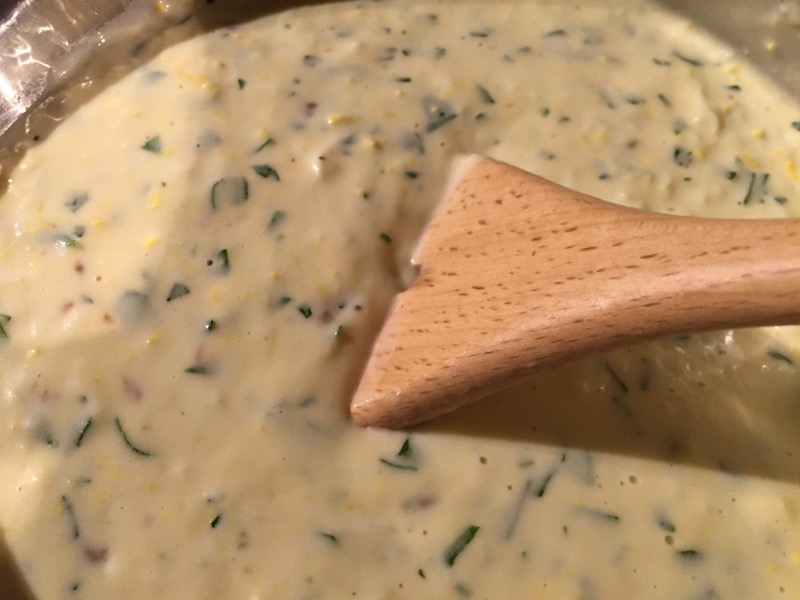 Now, I’ve moaned here before about recipes using anchovy essence, but not being able to find any. Well, I finally found some a little while back. I bought it from Sous Chef, although looking there now, they sadly no longer seem to have it any more. 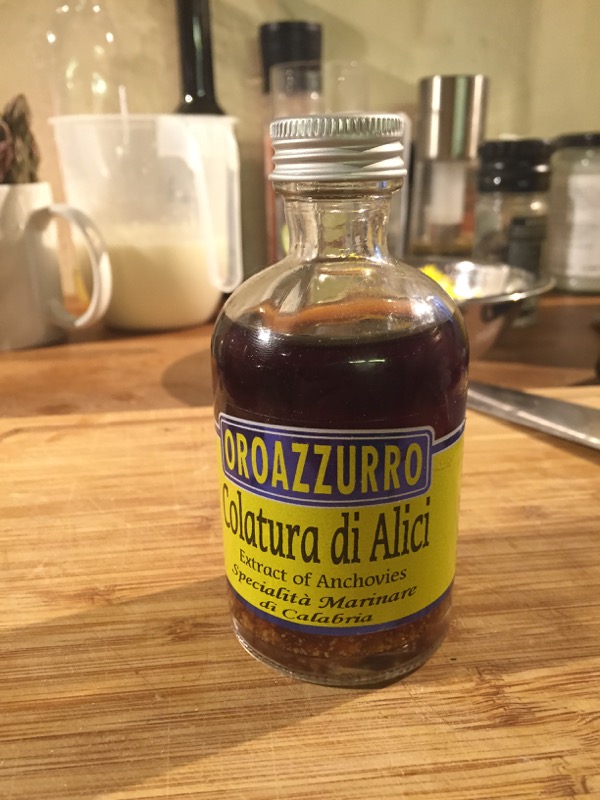 Next, I poach the cod in some milk until cooked, then drain it. 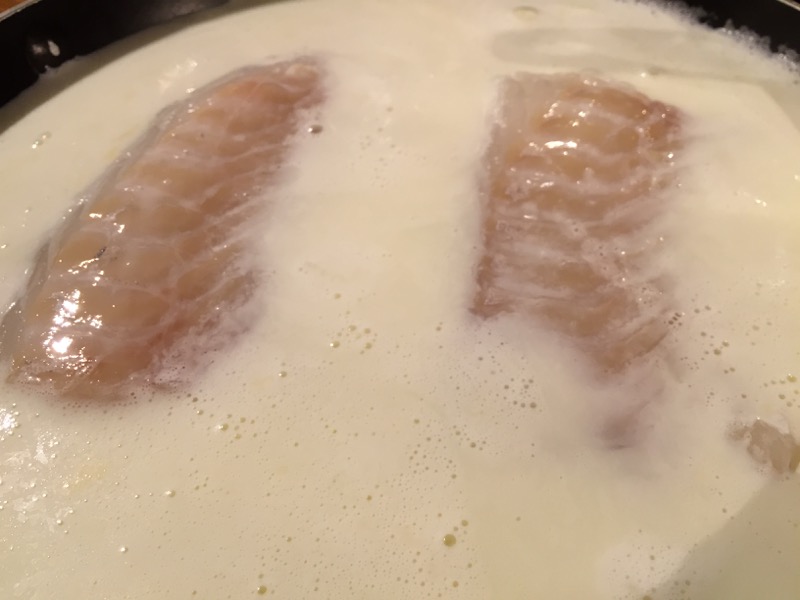 Finally, stir in a squeeze of lemon juice into the sauce and pour over the fish. I served it with mashed potatoes and asparagus. 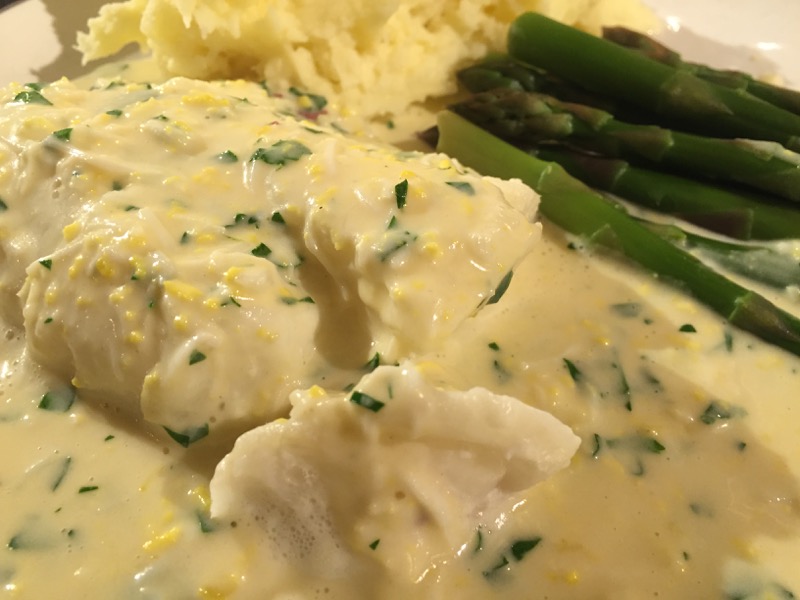 I know I keep saying I’m not really that into fish, but this was rather nice. Beautifully soft and creamy, with a delicate flavour – enough anchovy to provide an interesting flavour, but not so much as to overwhelm it. The tiny nuggets of golden egg yolk looked superb as they coated the fish. I’d definitely make this again.

Such creamy soft mashed potato is always a delight. But the soft, buttery cream sauce was delicious. It was tangy with salt from the anchovy but thick and rich because of the finely grated egg. There was a hint of nutmeg, a favourite of mine, and a small amount of parsley. It enveloped the beautiful cod in a creamy, silky sauce of very complementary flavours.

Served with bright asparagus it was a perfect meal. The sauce was the real star, and also the time consuming element, but it was worth it. And there is some left!