By dopiaza on 21st April, 2014 in Chez Gourmet, The Fifties Hotel Dining Room

I made a corned beef for dinner yesterday, and needed some vegetables to go with it, so I looked to see what would be a good match from The Prawn Cocktail Years. Lyonnaise Potatoes and Carrottes Vichy both looked like good candidates. I hadn’t knowingly had either of those before, and they sounded like they’d go well with the meat. 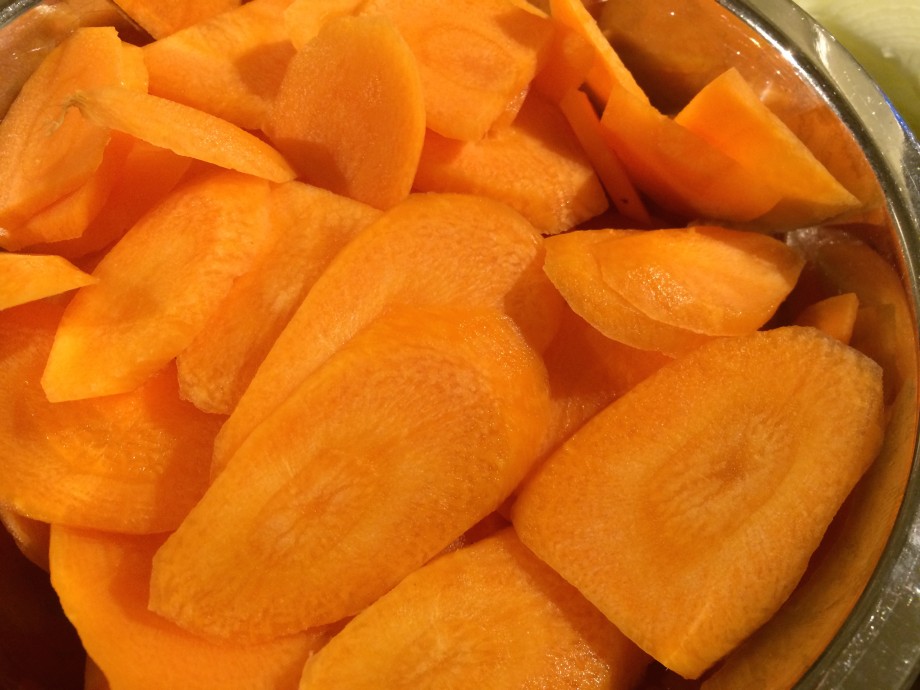 Both recipes were very straightforward. A closer reading of the Carrottes Vichy recipe revealed that they were just carrots cooked with butter, so nothing too adventurous there. I sliced the carrots as instructed, put them in a pan with water, butter, a pinch of salt and a little sugar. I brought the pan to the boil and let the carrots simmer gently until tender and the liquid reduced to a buttery glaze. Some finely chopped parsley was stirred in, and they were ready to serve. 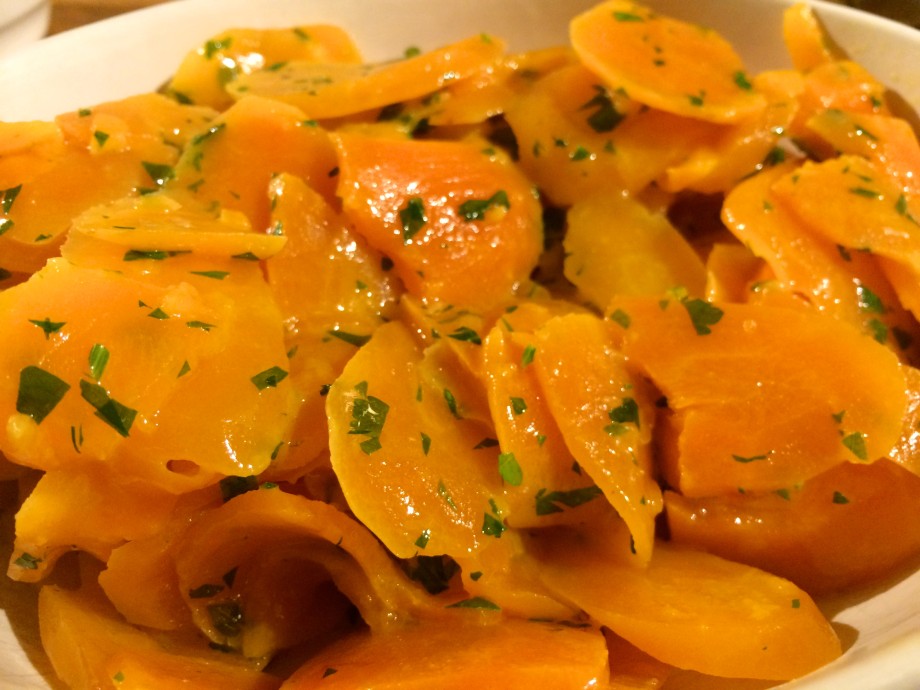 The potatoes were a little more involved. First, they were cooked in their skins and left to cool slightly, then I had to peel them. Well, that turned out to be a nightmare. The skins were very thin, and would tear into little shreds as I tried to remove them. I tried scraping them off, but that just removed half of the potato as well. OK, executive decision. I would leave the skins on – they were clearly softer than the recipe anticipated, and I expected there would be no problem eating them as they were. I cut the unpeeled potatoes into slices and put them to one side. 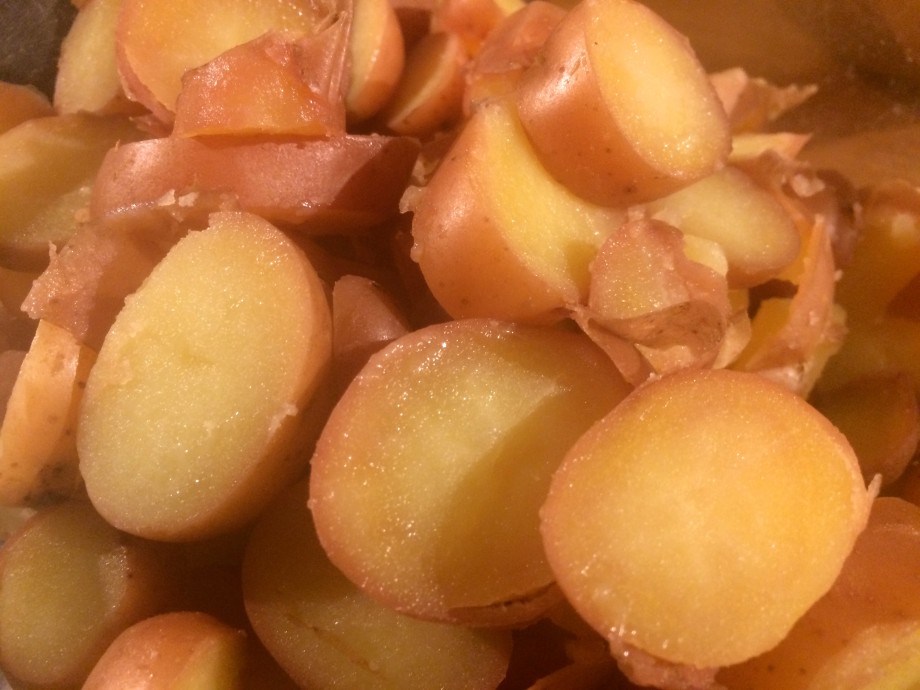 Next, I fried sliced onions in goose fat, then added the poatoes and continued to stir and cook for about another five minutes. A little seasoning and some more chopped parsley, and we’re done. 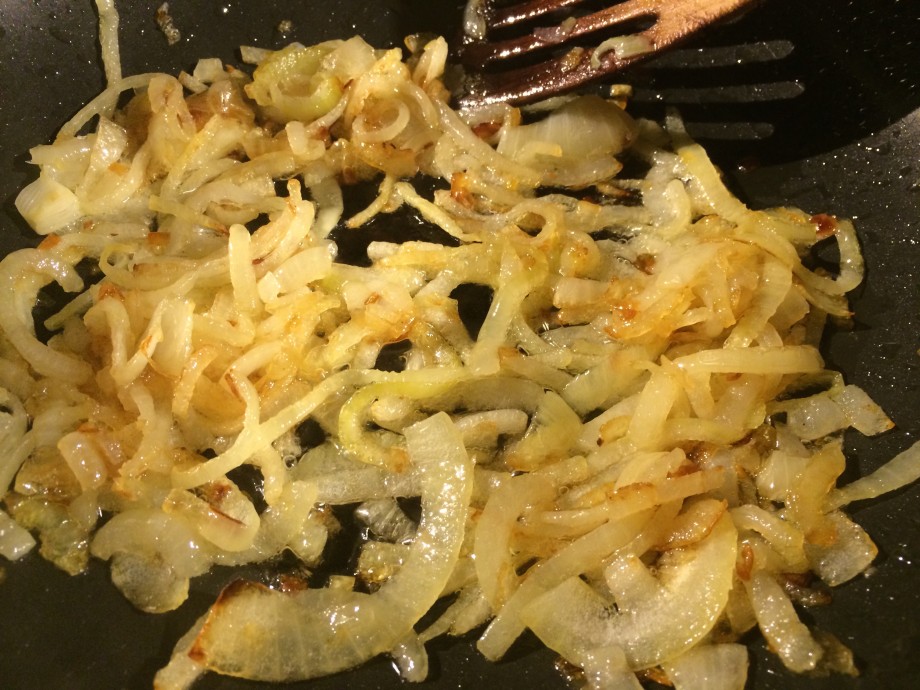 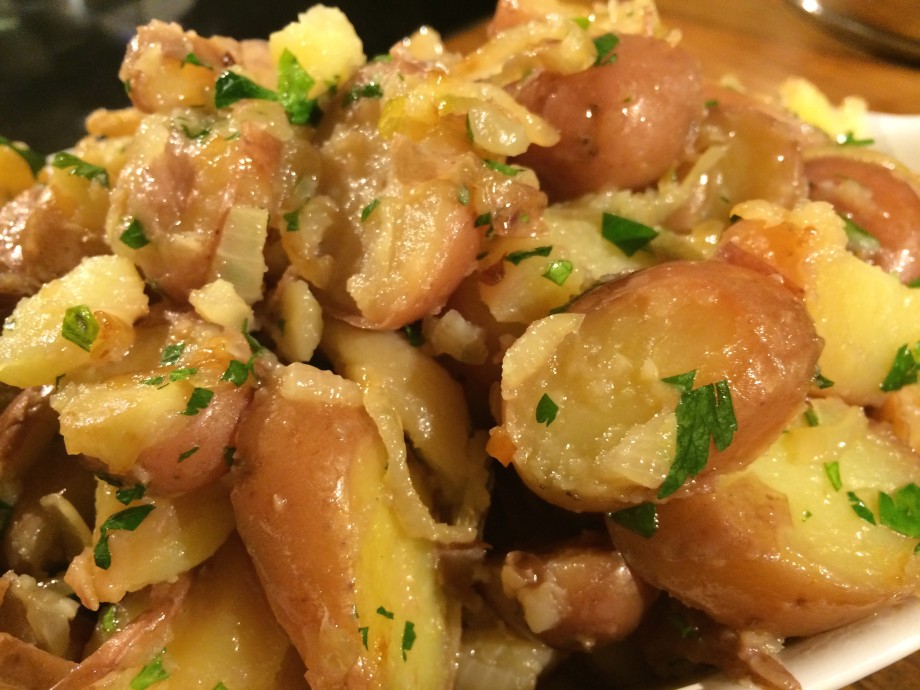 So, two very easy and uneventful recipes. If only they were all this easy. Both dishes were delicious. The oniony potatoes made a good combination, and the buttery carrots were meltingly tender. I’ll definitely keep both these in my repertoire – I don’t know why I’ve never made them before. And the corned beef? It was OK – a little too salty to be considered good. The vegetables were definitely the highlight of this meal.

Carrots – soft, sweet and buttery. Really seems to have bought out the carrot flavour.

Both of these are keepers for me. I’d eat these regularly.