By dopiaza on 3rd September, 2016 in The Fifties Hotel Dining Room

I’ve spent my life shying away from the idea of cold soups, but after the outstanding success of last summer’s gazpacho, the recent spell of hot weather makes me think it’s now time to try the vichyssoise. 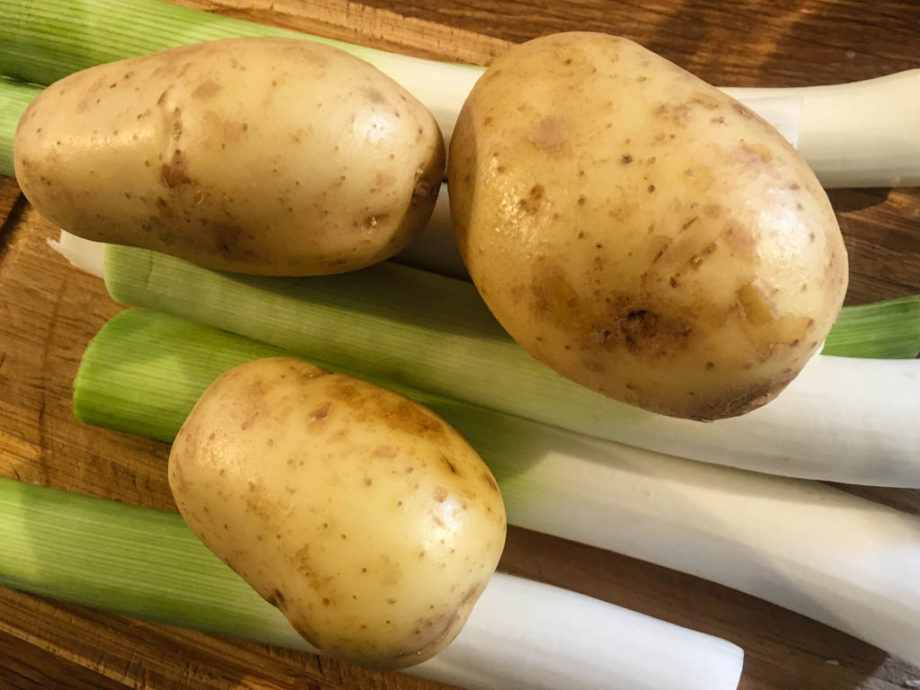 The recipe looks incredibly simple. It’s basically a creamed leek and potato soup, that’s blended, sieved and chilled before eating. I decide to make the soup one day, ready for lunch the following day. 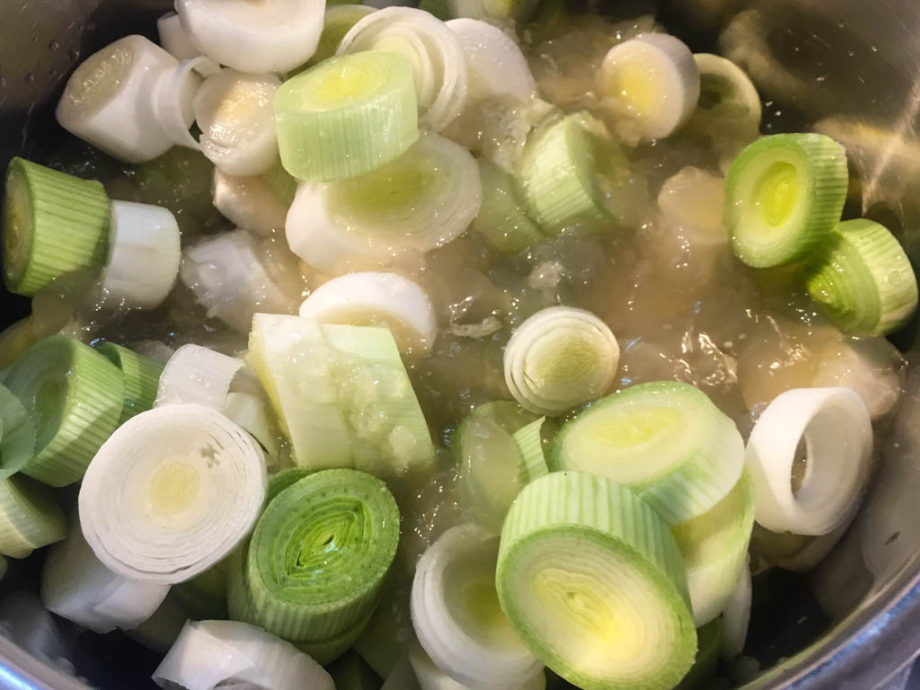 I simmer the leeks in what seems at first to be a paltry amount of chicken stock for twenty minutes until they’re soft. 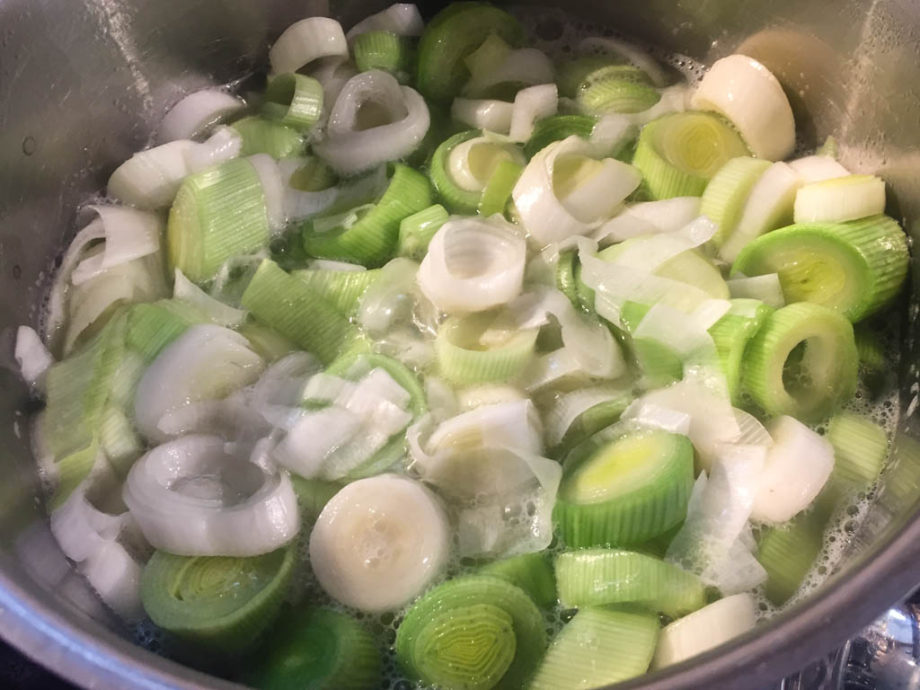 Then I add potatoes, salt and some milk, and then cook that for another fifteen minutes. 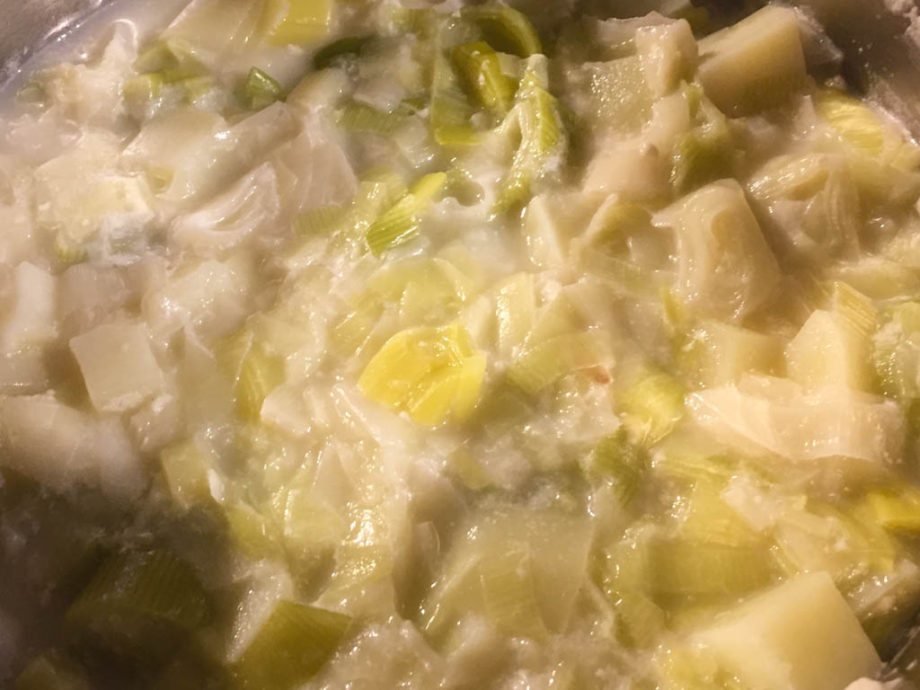 Next, I blend the soup until it’s smooth. 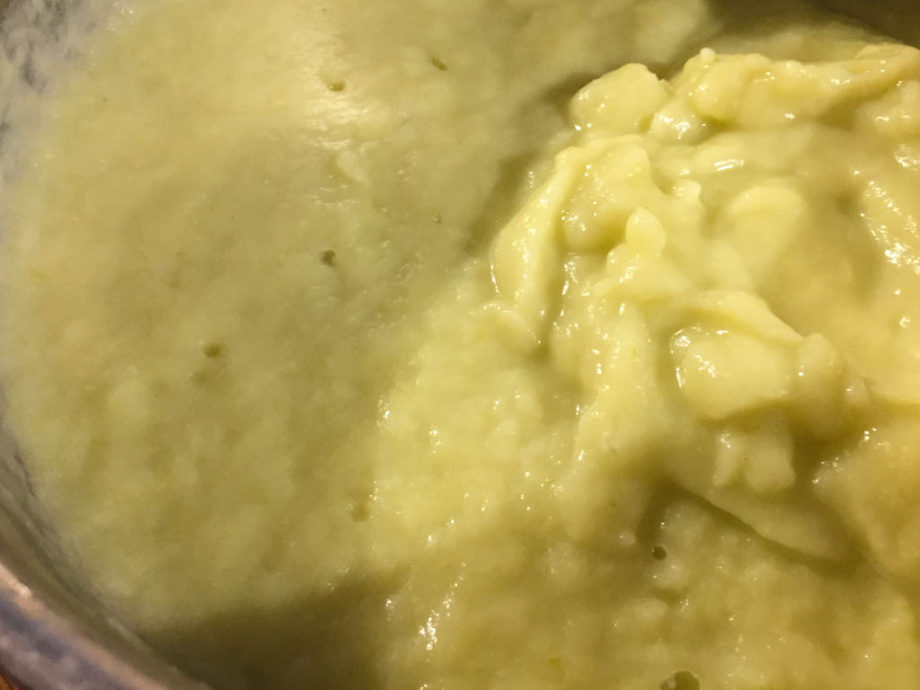 But, of course, blending alone isn’t ever sufficient, and you can probably guess what’s coming next. I get my sieve out and strain the soup through that.

Now, if you’re a regular reader here, you’ll know that I really hate passing things through sieves – it’s invariably hard work and tedious. But this soup was pretty smooth already, I figured it wouldn’t be too hard.

How wrong could I be? The soup just sat in the sieve showing no signs of going anywhere. I tried forcing it through with a silicone spatula, but only got the tiniest dribble passing through. In the end, the only way to get it through was to use a stirring, scraping motion with my spatula, pushing constantly, and it slowly worked it’s way through. It was a good half hour later when I finally gave up, deciding I’d got as much soup out of this thing that I ever was. That was definitely the hardest thing I’ve ever tried to pass though a sieve. 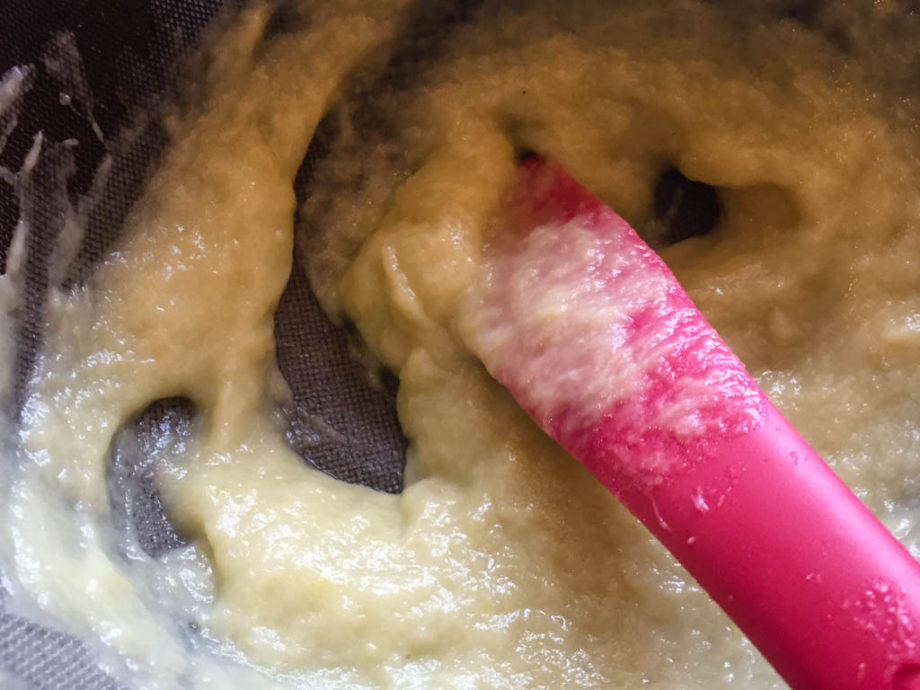 The next step is to allow the soup to cool, but the sieving took so long, there’s really no need to wait, so I plough on. I add some cream, taste to check the seasoning and add a little more salt. It does taste pretty good.

Finally, I put the soup in the fridge until the following day.

The next day, I put a couple of bowls into the fridge to chill for an hour or two, and then when I’m ready to serve, I simply ladle the soup into the chilled bowls and sprinkle a few chopped chives over the top. 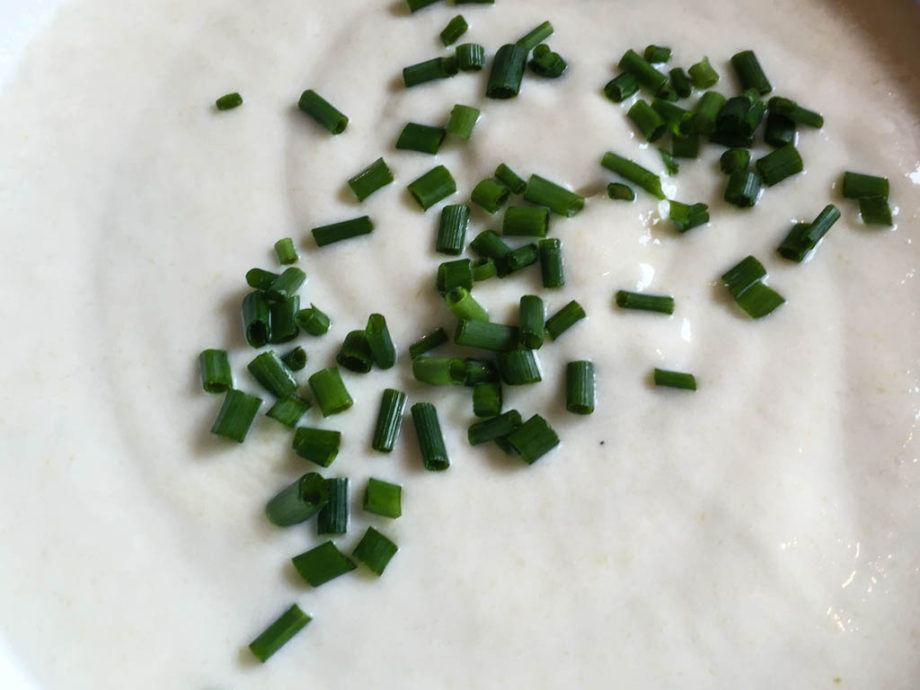 The soup is delicious. Soft, velvety and smooth, with a lovely creamy flavour. The leek and potato were subtle, but well-balanced. Very nice – if it weren’t for the sieving, I’d be absolutely certain that I’d make this again. As it is, I’m not sure. Maybe I just need a more powerful blender.

I used to think that a chilled soup sounded very wrong indeed.  But I’ve had two now that I really liked and this is the third.

It was rather like eating a bowl of slightly melted, slightly oniony, ice-cream, but that didn’t make it any the less delicious.  I’ve never seen this on a menu, and indeed it’s from the part of the book that is headed up “1950’s Hotel Dining” so I’m not surprised I’ve not seen it.  But it’s a loss if it has fallen from favour.  This would make a delicious starter.  Or, as we had it, lunch dish.

The flavour is subtle but very evident (if you know what I mean).  The soup is thick and creamy so it has a great mouth feel.  Because it’s basically pulverised vegetable matter with cream (and stock) it is very filling.

All in all, definitely a great soup for summer and one I’d happily eat again.  Which is a good thing, as there is enough for lunch tomorrow too.