By dopiaza on 6th July, 2014 in The Continental Restaurant

After my first, not too successful, attempt at making taramasalata, I was determined to try again. The problem with the previous version was a strong bitter aftertaste, and I was convinced that it was the onion juice that was causing that. So, I made a new batch today. I followed exactly the same recipe, but I omitted the onion juice. Instead, I added a little water to moisten it a little. 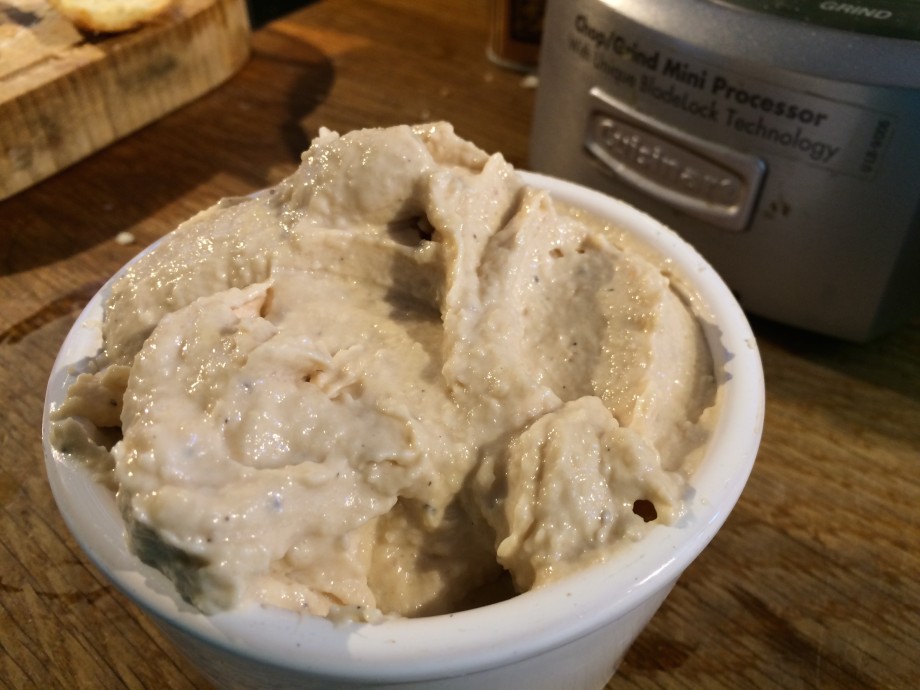 And the results? It’s delicious. Exactly what I was hoping it would be. Rich, creamy and fishy. We ate it with some hot buttered toast and it make for an excellent lunch. The only criticism I would make is that there is perhaps a touch too much salt in it. The recipe calls for garlic crushed with a little salt. I don’t think it needs that extra salt, next time I would omit it.

I don’t know why the original recipe called for onion juice when it had such an adverse effect on the flavour. Maybe I just had an unusually strong onion? Looking at other recipes on the Internet, I haven’t seen any others that include onion juice, so it does seem an odd inclusion. I’ll certainly make this again, but I can assure you, no onions will be used.

The second version of this dish was much nicer than the first.  The omission of the onion juice meant the only hint of bitterness came from the garlic and that was nice.  The flavour was good and the texture excellent for dipping in the buttered toast.

I much preferred this version.  We can have that again.
9/10